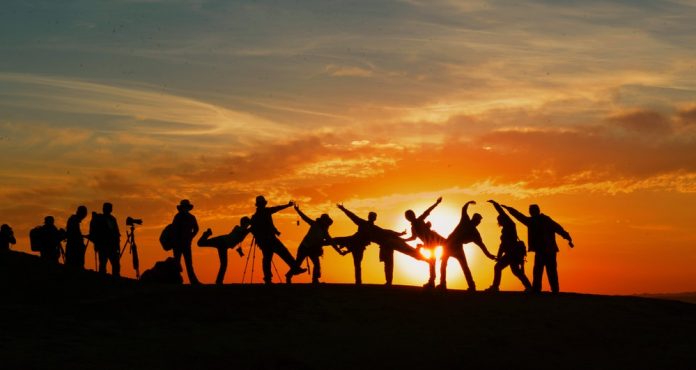 The habits of the best leaders are well documented. They’re self-aware. They admit mistakes. They take care of, recognize, and communicate well with their teams.

But what do these inspirational people do on their own time? What goes on behind the scenes that help them be so effective on a day-to-day basis?

“I’ve definitely noticed some things that great leaders tend to do,” says Danielle Harlan, founder and CEO of The Center for Advancing Leadership and Human Potential, an organization that helps individuals and organizations maximize their impact. And the things they do behind the scenes make all the difference when it comes to their professional leadership ability, she says. Here are five such common habits.

They Know What They Want

Every night before he goes to sleep, David Novak, founder, former CEO and outgoing chair of Yum! Brands, Inc., which is headquartered in Louisville, Kentucky, and operates brands like KFC, Pizza Hut, and Taco Bell, visualizes his next day and the outcomes he wants. Whether it’s a tough meeting or a one-on-one interaction, he mentally walks through his day and pictures each interaction going his way.

“It doesn’t matter whether I’m doing business, having a dinner party, or playing golf. I think about what the successful outcome will look like,” he says. That helps him prepare what he wants to say and how he’ll handle various personal and professional situations.

Harlan says the leaders with whom she works typically have a similar process, whether it’s setting daily goals for various encounters or being mindful of how they’re using their time to ensure they are keeping their priorities in focus and using their time in the best possible ways.

Once upon a time, leaders were the people who knew everything, but today, the best leaders are those who know what they don’t know and aren’t afraid to ask questions, Harlan says. “It also makes others feel comfortable pointing out aspects of the work that aren’t connecting or that could be improved,” she says.

And that curiosity extends to their setbacks, too, says Tim Bot, former HR manager and director at General Mills and Boston Scientific and founder of Bot Coaching and Consulting. Instead of ignoring the problem, great leaders are relentless in learning about the setback and how they can achieve better outcomes in the future, Bot says.

“They’re not blinded by their own ego, and they’re not looking to protect themselves, but they really want to know what the root cause of an issue is, especially if they were part of it,” he says.

They Take Care Of Themselves

Harlan notes that the most effective leaders she works with have personal interests and commitments outside of work. They know what works for them to recharge their batteries, whether it’s hiking and spending time outdoors or reading a good book—and they take the time to do those things to keep themselves sharp, including getting enough sleep, she says.

In addition to exercising to stay in shape, the benefits of which are well known, Novak takes time in the morning to write down three things for which he is grateful. This helps him manage his “mood elevator,” he says. Novak says we make our worst decisions when we’re angry and resentful, but make our best decisions when we’re grateful. When he feels his mood elevator going to the wrong places, he knows it’s time to take better care of himself or address what’s bothering him.

Whether it’s with praise and recognition or contributing to the community, great leaders recognize the power of giving. Novak has traditionally spent roughly half of his professional time cultivating and developing his team members. For 15 years, he taught a leadership program at Yum!, teaching his employees everything from how to get their mindsets right to how to develop an action plan for what they want. More than 4,000 people went through the three-day program.

As CEO, he didn’t need to spend this time on such training, but it was important to him, he says. He believes so much in the power of recognition that he’s launched a new organization, OGO Enterprises, and written a self-published book to help improve the “recognition deficit” he sees in the country.

Harlan says that great leaders also recognize the importance of paying it forward. They act as mentors and champions in their personal lives as well as their professional lives. She sees many time-strapped leaders who still find opportunities to volunteer, fundraise, and mentor because of the fulfillment it gives them, she says.

They Build Their Communities

It can be lonely at the top. Great leaders build their circle of support. “These are people they can talk with and connect with around different issues—who they can go to when they have a problem,” she says. In addition to friends and family, they also have peers who are in similar roles at different organizations that understand them, and who can offer insight and support.