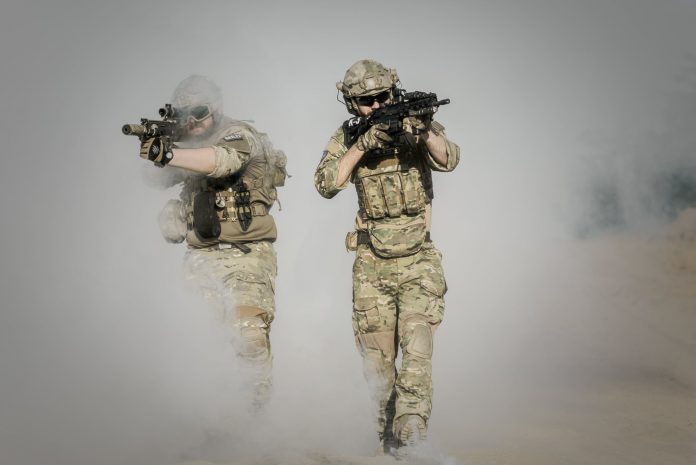 At every level of the hierarchy, Army personnel strive for fiscal optimization and transformation

Source: Louis Carter’s interview with Lt. Gen. Karen Dyson reveals how at every level of the hierarchy, Army personnel strive for fiscal optimization and transformation.

Recently, I was granted a rare interview with Lieutenant General Karen Dyson, the Military Deputy to the Assistant Secretary of the Army (Financial Management & Comptroller). As she explained to me, she’s essentially the “CFO” of the Army. “The law allows the Department of Defense to have just one CFO,” she said, “so no Service has a true-by-title CFO, but the functions I and my team perform to cover the full spectrum CFO capabilities across the Army.”

With over a million uniformed personnel employed in locations around the world, and with a proposed FY 2017 base budget of $125 billion plus an additional $23 billion in overseas contingency funding, the United States Army is a huge, complex organization with lots of moving parts. If it were a corporation, it would be among the biggest in the world.

But of course there’s one big difference between a corporation and the Army: As a government entity, the Army is not designed to produce a profit for its investors, the U.S. taxpayers. Like a non-profit, its purpose is to serve our nation—in this case by defending against those who would harm us – and always being prepared for this mission.

That does not mean the Army can be a money pit. Indeed, the Army budget, like all defense spending, comes under regular and intense scrutiny from both within and without.

THE CHALLENGES OF THE ARMY BUDGET

While the Army doesn’t report to stockholders, it must respond to its civilian “board of directors”—the President and Congress, who set the budget and determine immediate organizational goals. As with any organization, sometimes the budget gets cut. “2011 was the year after which our budget started to shrink,” she told me. “We shifted to trying to figure out how we do the same amount of work with fewer people. That became a big driver. We needed to become more efficient and more effective inside of this smaller workforce that we were having to work within.”

As well they should be. But in 2017, we’re thankfully not in a full-scale war, so the CFO’s priorities need to be more nuanced. “At the headquarters of the Army,” she told me, “what we’re striving for is efficiency and effectiveness in the way we deliver financial management to commanders—both in cash operations and the information we provide commanders so they can make better-informed decisions.”

A key part of financial management up and down the chain of command—remember, the Army’s management structure is a traditional command and control hierarchy—is the placement of dedicated resource managers at the brigade level who are provided real time access to financial information and understand how to garner the resources needed to execute a mission. “Our resource managers,” said Gen. Dyson, “see how they’re spending and where they’re spending; and if they need to find flexibility, we want them to have the analytical capacity to review financial information in depth and then provide improved, more precise and timely information to their commander.”

ARMY AUDITS AND THE IMPORTANCE OF STAFF BUY-IN

To ensure conformity to acceptable accounting practices, every corporation has an outside auditor; but for generations, the same hasn’t been true of the Army. Six years ago, that changed. “The National Defense Authorization Act of 2010,” said Gen. Dyson, “set the mark for the Army, along with all the other services in the Department of Defense, to become auditable by 2018. That is when the Army started talking about not making the Army a business, but having a better understanding of the business of the Army.”

One of many steps the Army has taken is to develop an enterprise perspective along functional domains. In logistics, IT, acquisition, human resources, financial management, and medical, the Secretary of the Army has initiated analysis of each functional domain in order to understand the costs associated with running them — and how the Army could improve its business practices to save money.

Within the financial management domain, “we looked at each of our leaders,” she said, “and we asked them to first identify their major objectives, and then we shared them across the CFO function owners, identifying gaps, overlaps, and where we needed to improve integration.”

Then they developed four main objectives for the Strategic Financial Management CFO Organization. Those are:

Gen. Dyson noted that just like in a corporation, the accession and training of talent is important. She told me, “The Department of Defense mandated that we all had to become certified in the profession of financial management, and they put in place a certification program. Everybody, including myself, has to be certified.” This goes hand-in-hand with the governance of the execution of the plan to improve business practices, which allows leaders to see if their financial management is on track.

Above all, you need buy-in at every level. As Gen. Dyson said, “When I worked with soldiers, I always found that if they’re a part of building the solution, then they own it when they go out and make it happen.” No truer words were ever spoken!

LTG Dyson is the Military Deputy to the Assistant Secretary of the Army (Financial Management & Comptroller). She previously served as the Military Deputy for Budget, Director of Operations and Support, Army Budget Office; and as the Director of Business Operations in the Office of Business Transformation. The daughter of a Special Forces Officer, LTG Dyson was commissioned into the Regular Army, Finance Branch at Southwest Missouri State University. She holds a Master in Business Administration from Austin Peay State University, and a Master of Science for National Resource Strategy from the Industrial College of the Armed Forces.

LTG Dyson commanded at all levels through brigade with command of the 266th Finance Command (FINCOM), which supported the European Theater and, during her tenure, deployed in support of the CENTCOM AOR in OIF and OEF 05-07. She also had the privilege of commanding during Operation Joint Guard/Forge, Bosnia; and Operations Desert Shield/Desert Storm, Saudi Arabia.  Her resource management experience includes serving as the Chief of Staff & Comptroller, White House Military Office, The White House; and Chief of the Army Coalition Provisional Authority (CPA) Support Team. After brigade command, she served as Executive Officer to the Assistant Secretary of the Army (Financial Management & Comptroller) and to the Under Secretary of the Army.