Home Leadership Development How to Win the Battle for Business Growth: President Lincoln’s Lessons from... 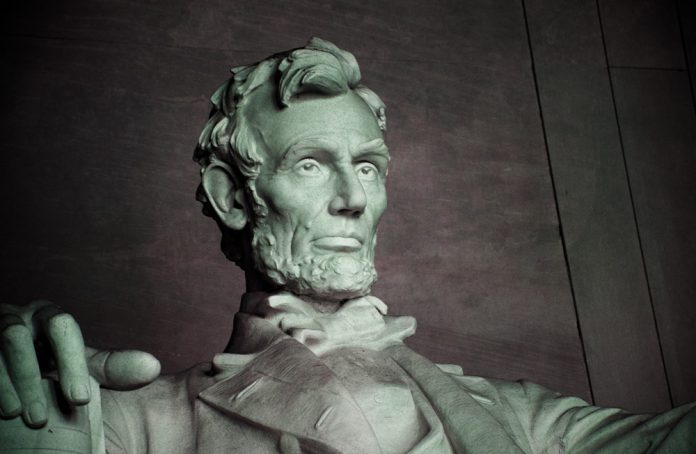 Sometimes in the heat of our day-to-day battles in business, it may almost feel like wartime. Overdue deadlines, budgets that are never sufficient, logistics that have an almost perverse way of undermining our best efforts. Where can we turn for solace and for help?

Think about President Lincoln, fighting a war he did not want, being embattled on all sides by conflicting interests and unrelenting political adversaries and facing the collapse of the Union. Sometimes we think we have it tough, but how could he carry out his mission and save the Union as well as stay in office?

The President knew people, he knew how they behave, how they react to circumstances and how they can be led toward someone else’s goal. Lincoln had a few rules that he followed and we could not do better than to emulate his principles.

Get Out of the Office

His first rule was to get out of the office and get to know his assets, get his own answers. During the first months of the war, he made certain he met every new soldier personally, shook hands with him and thanked him for coming to the nation’s aid in time of crisis. During those early months, the President spent more time away from the White House than he spent there. Today, we know this as MBWA; Management By Walking Around. Lincoln had a deep respect for the men in his army, from privates to generals. He knew that it was vital for the army and its leadership to have the same objective as him. When we sit in meetings listening to staff, we have to assume they know the people under them, but he learned that was not always the case. He had to make sure he had a firsthand knowledge of the problems and the issues.

Persuade Rather Than Order

His second rule was to persuade rather than coerce. He knew that he could order people to do his bidding, but they would not necessarily be doing what they thought best. By not ordering but by his manner of persuasion, he could accomplish so much more, because his subordinates had been part of the plan and had a deeply felt investment in the things they were about to do. Lincoln, because of his deep respect for his fellowmen, he was able to enlist their support even for decisions they would have rejected if they were ordered to carry them out. Instead he was able to build a team of supporters who shared a common goal and objective. This reluctance to dictate sometimes did not serve him well. He was slow to replace unsuccessful general officers as soon as he should have but even the ones he replaced maintained their respect for him. However, even though he had many people who thought poorly of him at the start, Lincoln knew that he would be much better as a leader if he got people to like and respect him, but that respect truly was something Lincoln and all men have to earn.

Lead by Being Led

His third maxim was to lead by being led. He listened very carefully to everyone who had a stake in the decision, asked the right questions to penetrate to the issue rather than the peripheral matters. Leaders always must know the right questions to ask and be able to evaluate the quality of the answers. Lincoln was a master at this. It also elicited the best answers from his team; he knew that he alone did not have all the answers. He had to rely on others and that made them feel deeply committed.

This led him to his fourth rule; encourage innovation. He could get the best and brightest around him but he knew that if he did not listen to them, he might as well have know-nothings. His cabinet was full of skeptics and political adversaries but he soon won them over by valuing their help and accepting it graciously. To not listen to his advisors and his subordinates was to waste their talents and substitute his. They would feel much more committed to a strategy when they had a hand in its conception.

Abraham Lincoln was a great storyteller. He used stories as a way to get his points across in a non-threatening way, by putting it in the context of his homespun humor. He knew that if people could laugh at his stories and jokes; if they had a smile on their faces, it would be very much harder for them to disagree. One of his famous saying was “You catch a lot more flies with a spoonful of honey than with a gallon of gall.”

Relax and Get Your Perspective Back

The President also knew that the greatest enemy of good decisions is exhaustion, especially mental exhaustion. He and his wife made it a point to visit plays, concerts and musicals frequently, sometimes every week, just to get his perspective back. It was not to diminish the seriousness and gravity of the day, but rather to feed his inner man with enjoyment and relaxation.

These are all valuable lessons we can apply every day in business, industry and finance. Take advantage of the lessons President Lincoln taught.