Home Organization Development Love of Workplace Beats Employee Engagement: why and how
Share

Most organizations have chosen to cope with the pandemic and its lockdown. They first dealt with the distribution of work, and they now focus on rectifying the dysfunction caused. Companies hope to return workers to new floor plans and safety practices. But they must rethink the work and its context.

Organizations bet on higher compensation and additional benefits to secure and retain talent. Companies offer huge hiring bonuses and perks, including pop-up pubs, popcorn and pizza parties, and bring-your-pet to workdays. Too many businesses want to buy worker productivity and loyalty by increasing employee engagement.

Although compensation, benefits, and perks have long been the currency of labor, the Best Practice Institute (BPI) has secured data showing why and how Love of workplace beats employee engagement in motivating productivity, branding, and employee and customer loyalty.

These propositions cite observable metrics to strengthen the recognition, understanding, and definition of employee engagement, metrics that give dimension to a concept casually confused with satisfaction, happiness, and comfort.

Narrowing the definition and identifying the metrics are crucial to beneficial organizational outcomes, with evidence confirming that “employee engagement is interwoven significantly with important business outcomes” (Markos & Sridevi, 2010). These include extended customer loyalty, workplace safety, talent recruitment and retention, performance productivity, and value realization. In addition, the numbers show “the more engaged employees are, the more likely their employer is to exceed the industry average in its revenue growth” (Markos & Sridevi, 2010, p. 92).

Engagement advocates suggest causal links between employee engagement and “wellbeing,” “happiness,” and “satisfaction,” leading to specific outcomes. However, observers and analysts place perhaps too much faith in the periodic Gallup reports on employee engagement. In the most recent Gallup results, “The engagement of U.S. workers in late June and early July then reversed course to a record level of 40% engaged” (Harter, 2021). The same report shows variations among hybrid workers, remote workers, and other deployed work. More significantly, “In 2020, manager engagement, already low, declined from 34% to 33% in the first to second half of the year” (Harter, 2021).

The management pundits fail to understand that employee engagement is a means and method that has not ensured success on its own.

Putting employee engagement in its place, Most Loved Workplaces® have built a new foundation for success, one that integrates all best efforts, motives, and incentives. As a result, these organizations share an ecosystem where love leads to employee interest, productivity, and commitment. Love of workplace thus beats employee engagement as a leadership goal.

To substantiate this context, the Best Practice Institute (BPI) has offered its research to assess the connection between love of work and productivity outcomes. BPI has partnered with The Frances Hesselbein Leadership Forum at the University of Pittsburgh, John Wiley & Sons’ Leader to Leader, and Newsweek. They plan to identify, certify, rank, and publish the Most Loved Workplaces®, where Love of workplace connects employees, peers, and managers across the organization. It links internal and external customers to the organization’s espoused goals. Moreover, this Love of workplace triggers more positive outcomes than does employee compensation or engagement.

This joint project seeks to:

WHAT LOVE HAS TO DO WITH IT -

Recent Best Practice Institute research explored the Love of workplace among thousands of employees from small companies to Fortune 50, 100, and 1000 employers. The work shows Most Loved Workplaces® have the potential to transform their human potential into high performers who positively impact the bottom line.

In a Most Loved Workplace®, individual sentiment contributes to team sentiment tieing workers to organizational purpose fulfilling their individual and group potential. This love integrates horizontal and vertical factors and structures.

For example, the results of a brief self-disclosure survey found 94% of employees felt they would more likely work harder; 59% reported they would be four times more likely. The results in Figure 1 also showed 95% of employees were more likely to remain with the organization thanks to their feelings for teammates, peers, subordinates, and bosses. The data differentiates “love,” finding it stronger than engagement.

Furthermore, Love of workplace enables psychological and physical wellbeing. Love creates a concerted commitment and emotional bond, a drive to partner. It is key to curiosity, creativity, and self-actualization (DiPaolantanio, 2019), and it escapes overwhelming economic and external pressures. It follows that “universally, a Great Place to Work for All is one where employees trust the people they work with, have pride in the work they do, and enjoy the people they work with” (Bush & Lewis-Kulin, 2018).

LOVE OF WORKPLACE IS UNCONDITIONAL WHILE ENGAGEMENT IS TRANSACTIONAL -

Employees are likely to report love for their workplace when employers present, deploy and empower five components:

Love exists where these components coexist. This argument does not discount the importance of ample resources, comfortable facilities, and better-than-market compensation and benefits. But these are transactional means and conditions. Nevertheless, in looking for the cause of increased, sustained, and scalable performance, the BPI data describes an infrastructure and framework where love motivates and incentivizes, as shown in Figure 2.

The romantic love portrayed in literature offers wisps of sentimental attachment. However, Love of Work marks an integrative behavior that metabolizes inputs and capabilities into outcomes and futures.

The BPI research referenced earlier (and illustrated in Figure 3) found only 24% of respondents credited compensation with their Love of Workplace. In comparison, 28% appreciated good benefits (Carter, Creating a Most Loved Workplace®, 2020). However, 76% of the respondents felt their organization lived its espoused values and ethics, and 78% reported a feeling of value and respect from those in the organization (Carter, Creating a Most Loved Workplace®, 2020).

At an operational level, organizations with Most Loved Workplace◦ certification and recognition will see improvements:

It also follows that organizations should structure an environment that enables and empowers relationships measured as Love for the Workplace.

The key to systemic collaboration lies in the talent and ability to listen, to encourage conversation and dialogue. It treats teams as collaborators rather than work units, and it hates the treatment of employees as “associates” in favor of considering them “partners.”

Leaders are tasked with championing innovation, adaptation, and change. Commitment to a positive future provides the path to pivot and improvise as tested and needed.

Leaders must decide, act, and communicate in sync with the expressed values. This creates a “value chain” that inspires others to follow. The alignment of decisions, actions, and communications defines the organization’s purpose and culture.

Leaders can test their respect profile by assessing two roles: (1) They must assess their actions, attitudes, and behaviors toward others, and (2) They must solicit the feedback of others on if and how they practice, cultivate, measure, and incentivize respect.

Leaders understand that success follows the mastery of achievement. Still, they recognize that employees need respect in an emotionally connected ecosystem to deliver killer achievements aligned with organization goals.

Shareholders watch an organization’s P&L closely. They measure success by the dividends paid and received. Stakeholders may or may not hold shares, but they consider success from multiple angles.

Internal and external stakeholders look for a concerted practical commitment by performance partners across the organization and its markets. These stakeholders gladly invest in a flexible, resilient, and scalable future built on mutual respect and constructive dialogue.

Best Practice Institute, therefore, has invited organizations to distribute a simple predictive tool assessing employee love for the workplace. Best Practice Institute will designate and certify the Most Loved Workplaces®, Leader to Leader will benefit from the case studies, and Newsweek will publish the resulting rankings. Shareholders and stakeholders will appreciate the branding endorsement, the talent attraction, and the ensured employee retention and customer loyalty promised by a listing among Most Loved Workplaces®. 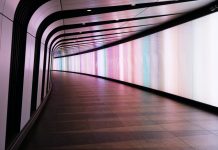 Renew, Restore, and Recreate the Future of Work