Modern corporations have a need for speed. The arrival of social networking for businesses provides the platform to exponentially speed up workplace productivity.

Companies race to keep up with stakeholder demands, relentless competition and continuous change. But an organization can move only as quickly as its people do. The company that wants rapid results needs to give its team members rapid feedback.

Employees need to know what the company is doing and what is expected of them. Since those answers are constantly changing, businesses need a faster way to communicate. In the past five years, some companies have begun to harness the power of social networks designed for business. Social feedback, social collaboration and social performance management are the future of modern business.

Weekly staff meetings and annual performance reviews are outdated holdovers from the ancient pre-Internet days. In the traditional performance management system, employees receive feedback at the end of arbitrary 90- or 180- or 365-day periods. Much of that input is delivered months after the events that prompted the feedback took place. In a year’s time, an employee is likely to have changed positions, supervisors or even companies, rendering the annual review moot on arrival.

Our company, Best Practice Institute, serves and consults with some of the world’s largest corporations. Most of the senior executives I know readily admit that their performance management methods are far less effective than they would like. Nevertheless, development, compensation and succession decisions continue to be based on these outdated systems.

Social feedback and social collaboration platforms provide the technology for thousands of employees to communicate continuously, speeding up the feedback and the corresponding results.

Social networks for business are new. Yammer and Rypple were among the first to emerge in 2008, and several more products have entered the social performance management field since then. In 2012, Best Practice Institute unveiled our latest solution, Skillrater, which enables continuous 360-degree feedback on a social collaboration platform.

Skillrater actually transfers the power of feedback to the employees themselves. Rather than waiting for the dreaded performance review, team members who want to improve and be noticed request the feedback. The feedback requests and responses occur on a social platform, taking the form of five-star ratings on specific activities and skills.

Feedback on a social network is not only much faster, it is also much better. It occurs in real-time. It focuses on one activity at a time. Positive feedback is delivered when it is deserved.

The traditional review system not only takes months to gather and deliver feedback, but the resulting improvements also occur at a quarterly or annual pace, in time for the next traditional review. Most of the feedback in an annual review could have been delivered and implemented immediately, but no system was in place to facilitate that kind of instant communication.

With the use of social feedback tools, feedback can be delivered more quickly, and employees are motivated to act on it more quickly. Negative feedback is less painful when employees are empowered to make the prescribed changes and then request another rating to demonstrate one’s progress, rather than waiting for the next annual review. Progress that used to take years to accomplish now occurs in days and weeks.

360-degree feedback is one of the most powerful tools in performance management and has become standard fare at most corporations. However, 360 feedback can also be slow and frustrating, as input from multiple sources is requested, gathered and collated. Skillrater transforms the 360, providing a way to gather continuous 360 feedback on a social platform.

The world of business is a world of constant change. Something is seriously wrong when the only thing that isn’t changing is the results. Social networks for business facilitate the rapid feedback and rapid results that empower continuous improvements that modern businesses want in their workplace productivity. 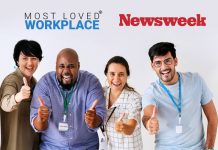