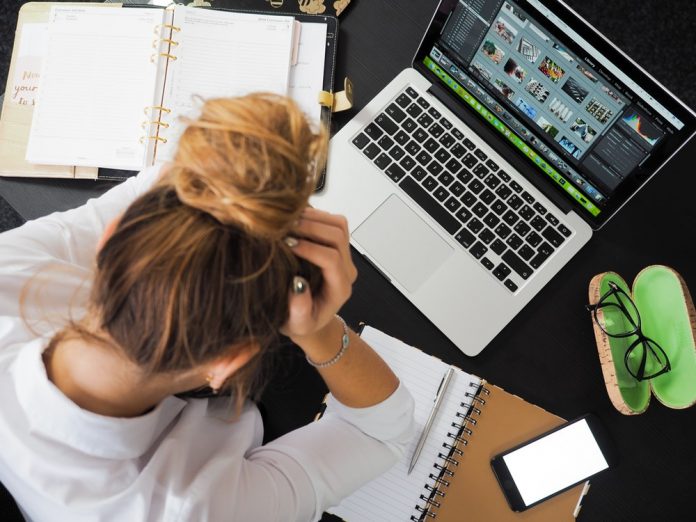 Just about every consulting firm, CEO, hiring manager, and recruiter believes there is a significant shortage of qualified people for existing and emerging jobs. This belief is especially true for positions requiring engineering, science, computing, and math skills. Many educational institutions are refocusing efforts to produce more STEM (science, technology, engineering, and math) graduates, and parents are urging their children to study those subjects. There are daily television programs and frequent articles on our lack of STEM education in high schools and universities.

Belief is not data, and the data show that there is really no shortage of talent but rather a shortage of understanding and willingness to make a few changes and challenge our own thinking.

Could it be that the perceived shortfall has been created by us as we attempted to adjust to a more complicated and evolving global economy?

Many of these trends evolved over time as an attempt to raise the skills and quality of the workforce. There is little evidence though that productivity or quality are any better. The only measurable result has been a decrease in supply. Sexism, age, and race discrimination have also played a part in creating our perception of a shortage.

Let’s explore some of these trends:

Employers have raised minimum job requirements to very high levels. Jobs that a decade ago required a certificate or an Associate Degree (A.A. or A.S.) or less are now being filled by those with bachelor’s or even master’s degrees. And, a large percentage of jobs now require previous experience, which makes it difficult for new graduates. For example, a recent study by Burning Glass reports that only 39 percent of those currently holding computer or network support jobs have a bachelor’s degree or higher, but 60 percent of all similar jobs posted now require one. A similar pattern emerges for production supervisors and managers. About 42 percent of incumbents hold bachelor degrees or higher, but 68 percent of all posted jobs require one.

Other professions from the law to teaching now require degrees and, in some cases, additional certification, that historically required only an apprenticeship. The evidence that these credentials are necessary is sketchy. The law has not changed much in decades, and teacher certifications are often looked upon as administrative hurdles as opposed to being meaningful. Many jobs have been taught on the job or have been learned over time through apprenticeship or by serving as an assistant to someone with deeper knowledge. In many areas, job content has not significantly changed or can still be learned without formal academic training.

Furthermore, a U.S. Census Bureau report from 2014 shows that 74 percent of those who do have a bachelor’s degree in science, technology, engineering, and math are not employed in STEM jobs. Many do not have the exact degree companies are looking for and some go on to pursue graduate study, but even the ones who do fit the general criteria are rejected for a wide variety of reasons, including slightly lower GPAs than are desired or because of other biases.

Combine the requirements for higher levels of education, high GPAs, specific degrees, or courses, credentialization and previous experience with the lack of internal training programs, and of course, there is a shortage of talent. But a self-made and unnecessary shortage that could easily be corrected by a change in hiring requirements and by an increase in internal training.

Not Investing in Employee Development

According to the U.S. Census Bureau, in 1996 almost 20 percent of workers received employer-paid training. By 2008, that had dropped to 11 percent.

During the 1980s, to cope with rising inflation and retirement costs, companies laid off employees for the first time. They removed layers of management and mid-level workers and cut training and other programs that were considered more costly than they were worth.

However, by removing a generation of future workers who would by now be to ready and able to fill the new jobs, they inadvertently contributed to the shortage.

Eliminating most employee development programs, a standard feature in firms of all sizes in the past, resulted in no immediate impact but reduced the pipeline of skilled employees ready to move into open positions. Firms are now forced to compete in the open market for whatever talent is available. Development programs that remain are usually focused on senior leadership levels or on improving management skills rather than on developing technical skills.

Technically there is no shortage of STEM graduates in the United States. We graduate thousands of computer, science, math, and technology students every year. The U.S. Bureau of Labor Statistics projects that the total number of STEM job openings between 2010-2020 will be slightly over 2.5 million, but the number of STEM graduates will exceed this number by over 1.3 million graduates. In other words, there is no shortage of raw supply. Granted, many of these graduates will pursue graduate degrees or choose to enter some other profession, but there is still a healthy supply. There are more than enough educated people who could be quickly trained to meet the needs of most employers. Add to this the large number of foreign graduates who are hired on a variety of work visas, and it is very hard to make the case that there is a numerical shortage of qualified workers.

At the same time, demand for various STEM professions changes rapidly and often. Recently there has been a spike in the demand for software coders — people who write programs for smartphones and other web-based applications. Coding schools have sprung up and many high schools and colleges are offering coding courses. But concurrently startups have begun cutting their demand for coders, and there have been layoffs in Silicon Valley and elsewhere as the ardor for apps and new programs cools. And advances in artificial intelligence will certainly reduce the number of coders needed today.

College recruiting practices have changed very little over the past 20 years or more. Most large companies recruit only at a handful of highly regarded universities, often called key schools, and even at those schools limit their recruiting to a small subset of graduates. Firms require very high GPAs and majors that exactly mirror what they are doing in the company.

There is no room for people who have studied different subjects or who have lower GPAs. Hiring is often biased toward certain kinds of graduates — typically male, white, and from higher-level socio-economic backgrounds. In many cases, there is no budget for the relocation of graduates or other services to make a transition from school to work less stressful.

Small schools, less prestigious schools, and minority schools are often forgotten or ignored in the college recruiting process. A few companies may go to schools with large minority populations, but this is not mainstream.

Smaller firms often do not do any college recruiting at all and rely on finding and recruiting experienced workers on the open job market.

Because the supply chain is so limited there appears to be a shortage of graduates. Yet as we saw above, there is a surplus of STEM graduates — many of whom never receive an interview or a job offer.

Not Embracing or Understanding Technology

Robots will take over much manufacturing and engineering work within the next 20 years. Automation has already augmented and, in some cases, replaced engineers, reducing the need. Automation is entering the hospital, the surgery, and even the school with the advent of MOOCs that allow education to be distributed from one professor to thousands. Even architects can work essentially alone these days. Frank Lloyd Wright had scores of draftsmen drawing plans and clerks and technicians reproducing blueprints as well as apprentices. Today a CAD machine, coupled to building code information and material specifications, does it all.

Similar reductions have occurred in almost every field from civil engineering to the semiconductor industry. It would be a mistake to assume that the growth in STEM jobs will be continuous and linear. Demand is very likely to fall off precipitously within our lifetimes.

Bias runs rampant in recruiting. Hiring managers and senior leaders have stereotypes about what good candidates should be like. They have beliefs about cultural background, education levels, schools people attended, grades they achieved, and activities they participated in.

They may like people from one organization but not from another. Recruiters, too, tend to weed out candidates who do not fit their own biases. There is little quantitative evidence to support most of these stereotypes. Google has done extensive analysis of its past recruitment criteria and compared those criteria to success on the job, tenure, and productivity. They found no correlation and have now changed their criteria to be more inclusive. We have data showing that women and minorities are underrepresented in almost all workplaces, but especially in the high-tech world.

Google recently released a report on its minority employees. Only 1 percent of its technical employees are black and two percent are Hispanic. Yet Asians make up 34 percent of the company’s tech workers. Eighty-three percent of Google’s tech workers internationally are male. For non-tech jobs, the number is 52 percent. And this is mirrored throughout the tech world.

The available qualified workforce is then reduced again by excluding women and minorities.

Anyone over 45 who has been looking for a job has almost certainly woken up to the reality of age bias in hiring. Firms like to hire young people for a variety of reasons, some of them with some legitimacy but most based on prejudice and misunderstanding. The reasons given for excluding older people include lack of energy, limited technical knowledge, limited computer skills, unwillingness to put in long hours, an expectation for higher salaries, and simply because they don’t fit into the youthful culture of many firms, especially in high tech.

As our population ages, we will need to focus more on using older workers and on finding how to use best their experience and skills. Older workers can act as coaches or mentors to younger employees, and many of them are able and willing to learn new skills, including coding. Some older workers are looking for part-time employment or flexible employment and could be hired to augment the current staff. They could temporarily replace employees who are on vacation, and they could pick up extra work during peak times.

To exclude older workers is to not only cut down on the available talent but also to lose out on years of experience and knowledge.

So it is hard to support the claim that there is a shortage of talent. If we were to just tap into people with a good education, whether they went to our favorite schools or met all our requirements, we would likely end all the anguish about a shortage. If we also included more minorities and women and spent some of the money on training that we currently spend on recruiting, we would create a vibrant and creative workforce ready to tackle the demands of the future.