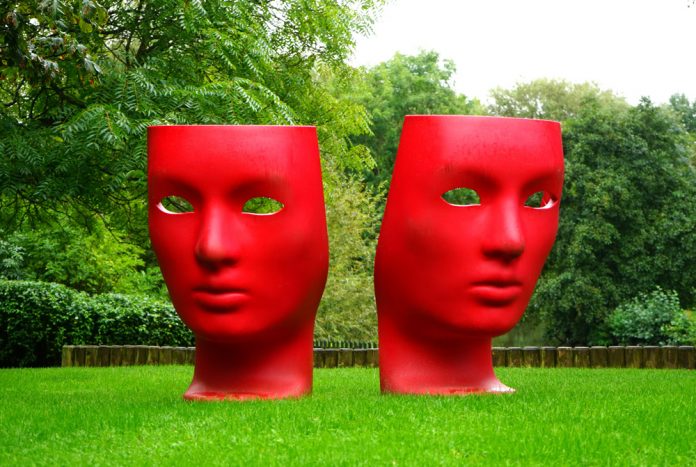 Both Donald J. Trump and Hillary Clinton, their respective parties’ presumptive nominees, have been called hypocrites repeatedly, loudly, and often by critics. You don’t even need to adjudicate those attacks to understand why: We want leaders who allow us to hold consistent beliefs—which often (but certainly not always) means behaving consistently themselves.

Leaders play a crucial role in establishing their organizations’ social structures, and successful organizations need to function like a neighborhood.

But there’s another reason why we put a high value on integrity. Leaders play a crucial role in establishing their organizations’ social structures, and successful organizations need to function like a neighborhood. Neighbors look out for each other and rally to work on projects, knowing that when they need help, other members of the community will step up to assist them.

A leader’s perceived personal integrity, in other words, is a cue for how everyone who follows to interact. Hypocrisy doesn’t just undermine a leader’s authority, it can also directly threaten how the group functions.

It’s All About The Long Game

Psychologically, people need to trust that the organizations they belong to have their long-term interests at heart. Otherwise, they become unwilling to make an effort on the group’s behalf. Look at any strike or union walkout for evidence. When employees start to feel the organization doesn’t value their contributions or isn’t committed to their growth or wellbeing, they start to distance themselves from it. People begin to move away from the neighborhood.

As the neighborhood dissolves, the organization functions more like a collection of strangers. When strangers interact, they have to settle up their debts in the moment. You can’t go to your local supermarket and borrow a dozen eggs because the supermarket can’t be confident that you’d show up later to pay for them. You can go to your neighbor and borrow eggs, though, because you have a trusted relationship. They know you’ll bring them over some muffins later or find another way to repay the favor.

In the workplace, when employees start to treat each other like strangers, they’re increasingly motivated to do only the work they are contractually obligated to perform. They aren’t being proactive. They aren’t thinking about the organization’s future goals or success. What’s more, they become more concerned about the fairness of their compensation than about the ways that they can benefit the group or its long-term mission.

Anyone who’s been in a toxic work culture knows what this feels like. But it isn’t always apparent how leaders play a hand in it—especially the most hypocritical of them.

Why Actions Matter More Than Words

It turns out that the words leaders use are the least important determinant of how well an organization functions. This is something that’s easy to miss. Turn on the news or just open up your Facebook newsfeed, and chances are you’ll find people scrupulously parsing politicians’ every utterance, tweet, and past remark.

This doesn’t mean that what leaders say doesn’t matter, but despite appearances to the contrary, people tend to pay much closer attention to what leaders do—and, most importantly, to what behaviors are rewarded and punished: In companies, who gets promoted, who gets a raise, and who gets access to the best projects and opportunities; or in political offices, whose causes get advanced, whose needs get addressed, who wields the most influence, and who doesn’t.

When the statements that leaders make about what they value are consistent with their actions and the things they reward, their followers are more willing to engage and treat one another like neighbors. This alignment creates the feeling that when people put in effort on each other’s behalf, those efforts will be recognized and they’ll be supported when they need it. And it leads to trust that the organization has its members’ long-term interests at heart.

It’s actually much harder to create an alignment between words, actions, and rewards than it might seem.

Hypocrites sell that trust short for near-term gains. When a leader’s words aren’t reflected in their actions and in the behaviors that are rewarded, then they’re seen as hypocrites. One trouble in diagnosing hypocrisy in leadership, though, is that actions are sometimes less apparent than words—their consequences often take longer to play out than a soundbite that can be quoted ad nauseam or endlessly retweeted. In the meantime, those who are more attuned to a hypocritical leader’s statements than their actions may remain on board.

And ultimately, this misalignment drives people away—not just from individual leaders, but also from treating each other as neighbors. Even if they can’t fully articulate the source of their discomfort, followers of hypocritical leaders steadily become engaged and grow more likely to look out for themselves than for the overall good of the group. In the business world, organizations with hypocritical leaders tend to see higher turnover than those whose leaders’ actions match their words.

The truth, though, is that integrity isn’t as easy as we’d like it to be, especially in leadership—and not strictly for ethical reasons. Thanks in part to the realities of human psychology, it’s actually much harder to create an alignment between words, actions, and rewards than it might seem. In the moment, it’s often easier and more pleasant to tell people what they want to hear. The challenge afterward is to deliver on that later—because no matter what else you say, people will be watching for what you do.