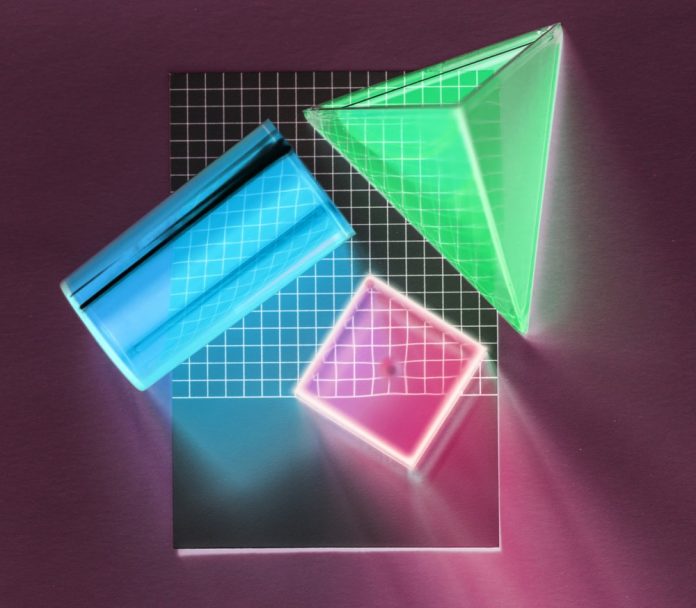 “Technology is changing everything in the payments industry. The rapid changes are creating a host of opportunities and challenges for us.”

Just about everything has changed at MasterCard in the last seven years.

Before its IPO in 2006, MasterCard was a not-for-profit association owned by the 25,000 banks and financial institutions that issued its cards. MasterCard functioned essentially as a service provider, and it had a service provider mindset.  Following the transformation to a public company and all the changes this requires, MasterCard is now confronting three fundamental changes:

1. the huge opportunities that the digital and mobile revolutions present;

2. the evolution of a world beyond cash and the chance to reach a much wider range of stakeholders, such as governments and merchants; and

3. the urgency of addressing the commercial opportunities in front of MasterCard from the new spectrum of stakeholders, and the rapid growth of the digital ecosystems requires some fundamental shifts in MasterCard’s leadership mindset.

Meanwhile, rapidly changing technology has been revolutionizing the payments and financial services industries.

For decades, the only tangible token of MasterCard’s existence was a plastic card bearing an account number. Today, the industry is all about smartphone apps, “tap and go” payments and “digital wallets.” And if you still prefer a piece of plastic, how about MC’s new credit card with a built-in keyboard and LCD screen?

As MasterCard’s world has experienced a shift in its culture and company profile, the  leadership of the company has changed, as well, starting at the top.

Ajay Banga became CEO in 2010. Banga, who was born, raised and educated in India, has brought a new perspective to a company based in America, but one that conducts business around the globe..

Banga, the new CEO of the new MasterCard, has concentrated a laser focus on achieving a leadership transformation at the company.

Banga has pushed executives and managers to take on a more ambitious, market-focused mindset, as befits the leaders of a public company. In a highly competitive industry driven by rapid technological advances, Banga wants leaders to be more innovative and less risk-averse.  With 60 percent of MC’s revenue now coming from international markets, Banga wants leaders who offera global perspective and reflect the diversity of the company’s consumer base.

The need for a leadership transformation is expressed simply and candidly in one slide from an in-house presentation earlier this year: “We are going to create the leaders of tomorrow who are different than the leaders of today.”

2. A campaign of strategic external hires to bring in senior executives from outside, including leaders from diverse backgrounds not tied to the financial services industry.

For example, in MasterCard Labs, the company’s R&D group, MasterCard employees are challenged to generate innovative ideas, and then transform those ideas into concepts and prototypes. The idea-in-progress is then handed off to an incubation team for further development. The entire process, from ideation to commercialization, takes place in-house. That’s a far more effective way to train future leaders than clicking through another PowerPoint presentation.

Upon his arrival, one of the first things Banga ordered up was a program to instill a new mentality in MC’s senior executives. He turned to (now) Chief Human Resources Officer Ronald Garrow, who developed the curriculum and then led MasterCard’s first Executive Leadership Program (ELP) in late 2010, just a few months after Banga had become CEO.

The ELP is a four-day, off-site event that includes assessment, coaching, teaching and dialogue. MC’s senior executives do the majority of the teaching. The purpose of the program is to have leaders understand the primary responsibility in the transformation of the business and the urgency to make that happen lies with them.

To date, more than  190 senior-most executives have worked through the ELP. When David Deacon arrived as Chief Talent Officer in 2012, he took over the program. Deacon plans to run another 200 leaders through a two-day version of the ELP in 2014.

In the ELP, leaders learn about the four behaviors that make up MC’s “Winning Formula:”

1. A “relentless” focus on business goals.

2. The aggressive promotion of simplicity, and timely action to streamline processes.

3. Collaboration across functions and business units (silos) to enable quick responses to opportunities.

4. Being change catalysts and role models.

MasterCard conducted a significant amount of recruiting outside the company during the past three years, so that a significant portion of senior-level leaders are now external hires. Deacon is a notable example, having moved to MasterCard in 2012 after 13 years at Credit Suisse, as head of that company’s Leadership Institute.

The strategy for hiring external candidates is about much more than simply filling slots. The real goal is “to change the gene pool” at MasterCard, as one senior executive put it, by bringing in new talent, team members that offer different perspectives.

The new hires come from a variety of countries, and represent ethnic and generational diversity. Many do not even come from financial services backgrounds. Rather, they have been drawn from leading technology companies, consumer-oriented companies and merchants.

The result is a remarkably diverse talent pool — not just ethnically and geographically, but in experience, knowledge and skill sets, because the new hires have been recruited from a variety of industries. This gives MasterCard a strategic advantage over competitors when it comes to innovation.

MC’s external hiring initiative is as smart as it is daring. Bring in a number of hand-picked leaders from a variety of backgrounds and perspectives and plug them into senior positions where they have some real authority to shake things up. That’s a fast track to change the status quo.

Won’t some of the existing senior leaders resist the new faces and perspectives? Of course they will. That’s part of the program. The goal is to keep up with rapid change and teach leaders to become change agents, so it is a helpful outcome to identify those who cannot adapt well to new ideas and ways of doing things.

The first aim of MasterCard’s leadership transformation was to retrain existing senior leaders and strategically choose new senior-level hires to join them. However, after Deacon arrived in 2012, he and Banga agreed that a crucial factor was missing from their transformation formula: being able to teach the new leadership mentality to the next generation of leaders, MasterCard’s high potentials.

Almost every major corporation has a program to identify and train high-potential talent. Some programs are effective; some less so. Deacon saw an opportunity to improve the way that MasterCard  approached  HiPo development. He didn’t want to  rely primarily on group training in the form of classroom instruction and group exercises..

His goal was, and is to make sure that MasterCard’s’s high potentials (HiPo) acquire the leadership acumen and experience they will need to take the helm in an industry and world that is changing at breakneck speed.

Each high potential is matched with a talent shepherd, and the two enter a one-to-one relationship that continues for several years. The talent shepherd is a senior- or mid-level talent management executive from the HiPo’s region.

When a high potential employee enters the program, he or she undergoes an assessment to identify strengths and weaknesses. The HiPo then meets with the talent shepherd to review the assessment results and create a personalized development plan.

An emerging leader’s custom-tailored development plan may include anything that will help build up an individual’s leadership muscles. For example, is the HiPo lacking a global perspective? Then perhaps an overseas assignment is in order. Does the young leader need a broader experience in the outside world? How about serving on a non-profit board in their local community. Depending on the individual’s strengths and weaknesses, the plan might include a short-term assignment in another business unit or attending customer meetings with an account representative.

One place high potentials will land is in MC’s new Innovation Express. Innovation Express is innovation on steroids. Heterogeneous teams of employees are assembled for a 48-hour burst of innovation and creative thinking, during which the challenge is: “See what you can come up with!” on a given topic. Several teams compete to build prototypes, demos and go-to-market plans. The 48-hour clock and team competition fuel achievements in hours that would normally take weeks or months to accomplish.

How is a Talent Shepherd Different?

What is the difference between a “talent shepherd” and a supervisor, mentor or coach? There are several important distinctions.

First, this is a long-term relationship. A talent shepherd and high potential will work together for many years, interacting once every couple of months.

Second, a mentor or coach is often consulted to address a specific skill or body of information. A talent shepherd has a much broader focus: to raise up a leader.

Third, the talent shepherd is not someone in the HiPo’s direct chain of command. Supervisors are not always the best talent coaches, and especially when it comes to shepherding high potential talent, internal politics can get in the way. In contrast, a talent sheperd’s training and mandate is to bring out the best in others.

MasterCard’s new high potential program will launch during the last quarter of this year. About 150 emerging leaders from MC offices around the world will work through the pilot program during the next two years.

It’s all about change at the new MasterCard.

The company’s senior executive leaders have been challenged to adopt new attitudes about leadership. Senior external hires that already possess the desired mentality have been brought in to “change the gene pool” and influence company culture. And the new leadership mindset is being cultivated in MasterCard’s next generation of senior leaders.

As Deacon has pointed out, the rapidly changing financial services industry and our ever-changing world present both opportunities and challenges for MasterCard and its employees. Through its bold strategy to achieve nothing less than a leadership transformation, the new MasterCard hopes to seize the opportunities and continue on the path of success.

Louis Carter founded Best Practice Institute in 2001. Since founding BPI in 2001, Lou has led the company to become one of the top associations for leadership and human resource development in the world with over 42,000 subscribers, receiving Leadership Excellence’s Best in Leadership Development Award and Training Industry’s Innovations in Leadership Development Watch List. Carter has written eleven books on best practices and organizational leadership, including the Best Practice book series and Change Champion’s Field Guide published by John Wiley & Sons.