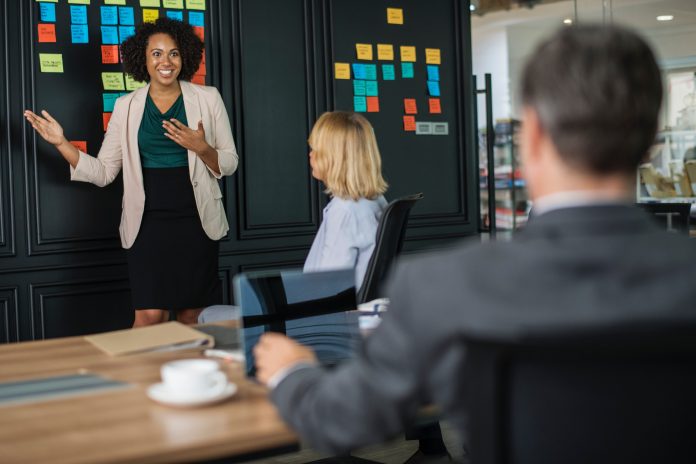 In today’s hyper-connected corporate world, it would be very difficult for a CEO with a “command-and-control” and silo mentality to lead their company, without adapting to the ever-shifting ocean of change. It is vital that they break the mold and realize the many benefits they can reap from the collective intellect of their staff. However, balance is key. Leaders at all levels must never forget that in the end, after collecting all the data, the ultimate decision and accountability for that decision rests on them.

In the 1960s, Paul Hersey and Kenneth Blanchard introduced the collaborative style of leadership in which the leader provides guidance to their team when making decisions. The leader then delegates the responsibilities to the team members to effectively and efficiently complete the task at hand. During the project, the leader supervises the team and ensures that the finished product is in line with the requirements.

For being a collaborative leader, you must be brimming with emotional intelligence and connect with your team not only on professional level, but on psychological level as well. You need to utilize their intelligence and resourcefulness. Promoting a collaborative environment and welcoming your team to share ideas will give them a developmental opportunity to make decisions and exercise due diligence. However, your direct reports may not be able to see the bigger picture and align their decisions with the strategic goals of your organization. Ultimately, the decisions must be based on your own understanding of the matter, while taking into account what is at risk and other important factors influencing the outcome.

The following three points are crucial for any collaborative leader to ensure that an effective end-decision is made while developing your team’s capabilities.

Before you start relying on your team or direct reports to make decisions, you must first lay down a solid groundwork and invest time in preparing them for this high-stake responsibility. Develop a good understanding of each member, and build their leadership mindset by degrees. Successful leaders of enterprises and even large companies take months and even years to bring their direct reports or team up to the mark where they become capable of making effective decisions.

One of the well-known leaders who used this approach was Captain D. Michael Abrashoff and his command of U.S.S. Benfold, formerly the worst-performing ship in the Navy’s Pacific Fleet. He dedicated nine months to build a culture of purpose and dialogue, and, as a result, he made it the best ship with the same crew.

2.    Evaluate from All Angles

While listening to information, data, and evidence that your direct reports present is essential for development purposes, you should carefully assess the judgments and motivations behind coming up with such a decision. If the decision is obviously positive or negative, they may have some kind of motive backing it or making a decision based on an unbalanced equation.

Oftentimes, direct reports put all their focus on the end goal and tend to miss out the critical elements of a situation. It can be due to inexperience in making unbiased, complex decisions involving high risk, or lack of the ability to evaluate a problem from all angles and weigh in all options.

It is similar to letting an inexperienced driver into the driving seat of your boss’s Lamborghini Aventador. Giving the keys to a kind of car they have never driven before or don’t have much experience with can be quite dangerous. Your boss will hold you liable for the damages, as the car was your responsibility to begin with.

In the end, you will be responsible for the decisions your direct reports make. You must diligently keep an eye on whether it is effective and will yield positive results.

Giving employees at all levels decision making responsibility is a dream for most organization and leaders. Each day leaders at all levels are bombarded with decisions. Either managers delegate their decisions up, or are given too much control over decisions by senior leaders without enough development. Either way is a huge risk for your company. You must learn to build a company that lasts. To build a company that lasts, invest your time and money in close mentorship, coaching, and shadowing of your managers. Be a respected confidant, and provide the kind of attention and consistent messaging that is required for great decision making and accountability. Having an open door policy and a belief in collaboration is not enough. You run the risk of creating a dysfunctional organization that is built to take advantage of you and create political turfdoms. Instead build equal playing fields of leaders at all levels who have commensurate knowledge and skills to make and be accountable for balanced and emotionally intelligent decisions rather than showboating their “decision-making” powers bestowed upon them.

Louis Carter, MA is author of over 10 books on best practices in leadership and management, including: Change Champion’s Field Guide and Best Practices in Talent Management. He is one of the top advisors to C-level executives, helping them and their organizations achieve measurable results. Carter is the recipient of ELearning! Magazine’s Trailblazer Award, HR Tech Conference’s Top Products Award, and Leadership Excellence Magazine’s Best in Leadership Development for his work as Chairman and CEO of Best Practice Institute. He received his MA in Social/Organizational Psychology from Columbia University.